The Alienation of Courtney Hoffman

Because everyone knows Aliens aren’t real… Except Courtney.

THE LAST THING COURTNEY needs is to go crazy like her conspiracy-obsessed grandfather did before he disappeared. She just wants to be a normal fifteen years old like her friends. BUT there’s something frighteningly different about Courtney—and it’s not just the mysterious tattoo her now-dead grandfather marked her with when she was a child. “Mental illness is a slippery slope,” her mother warns her. And Courtney knows this. She can feel its darkness creeping in and her sanity slipping away!

But what about the tattoo? And the alien scouts who visit Courtney in her bedroom at night claiming to have shared an alliance with her grandfather? And her new formerly-imaginary friend, Agatha, with her death metal flare and her apocalyptic visions? These things have to be real. They have to be connected.

Courtney has a mission: untangle her past, discover the truth, and stop the apocalypse before it’s too late for everyone.  Either that or her mom’s right, and she does need to be locked away in a mental hospital. 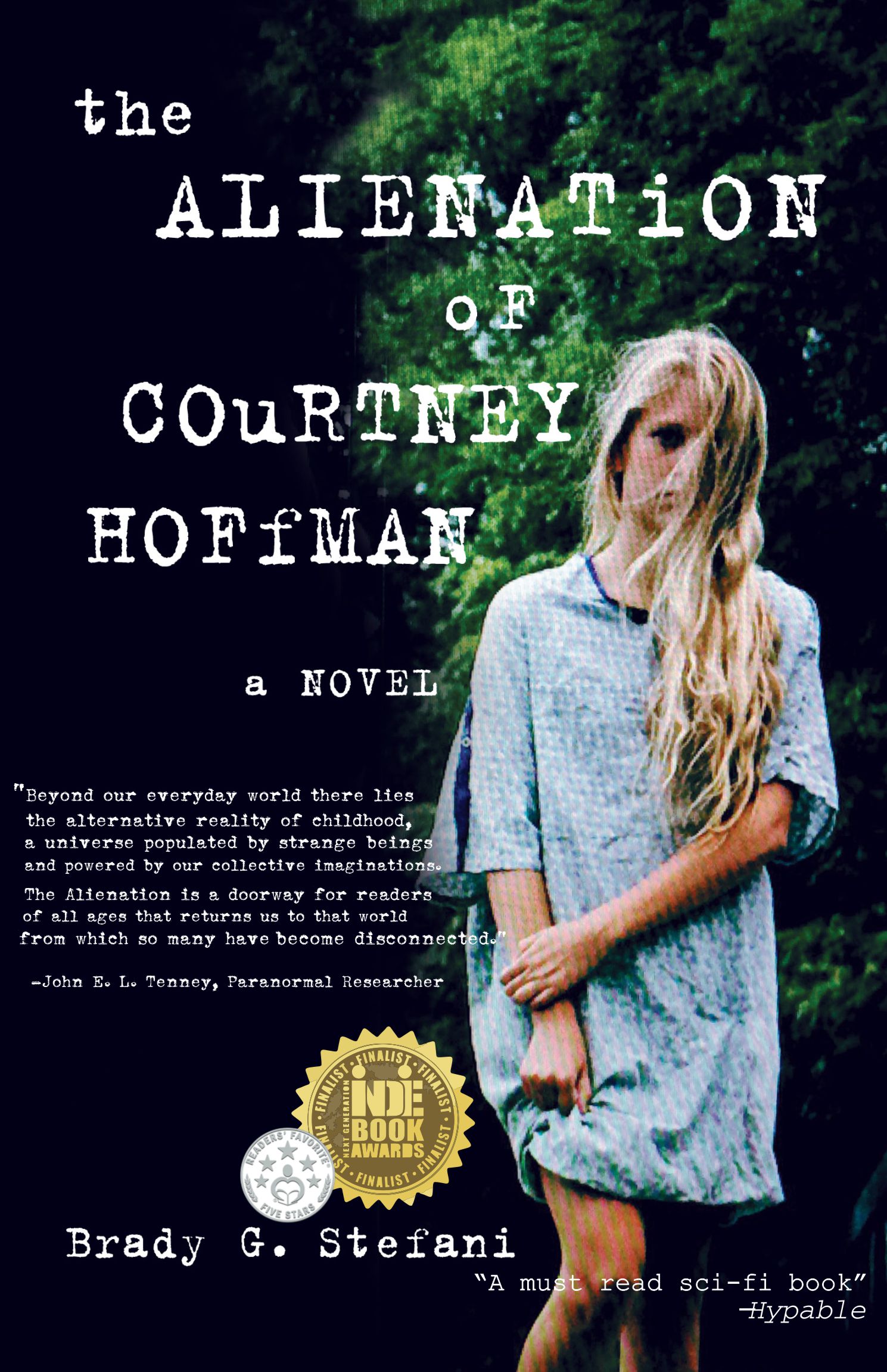 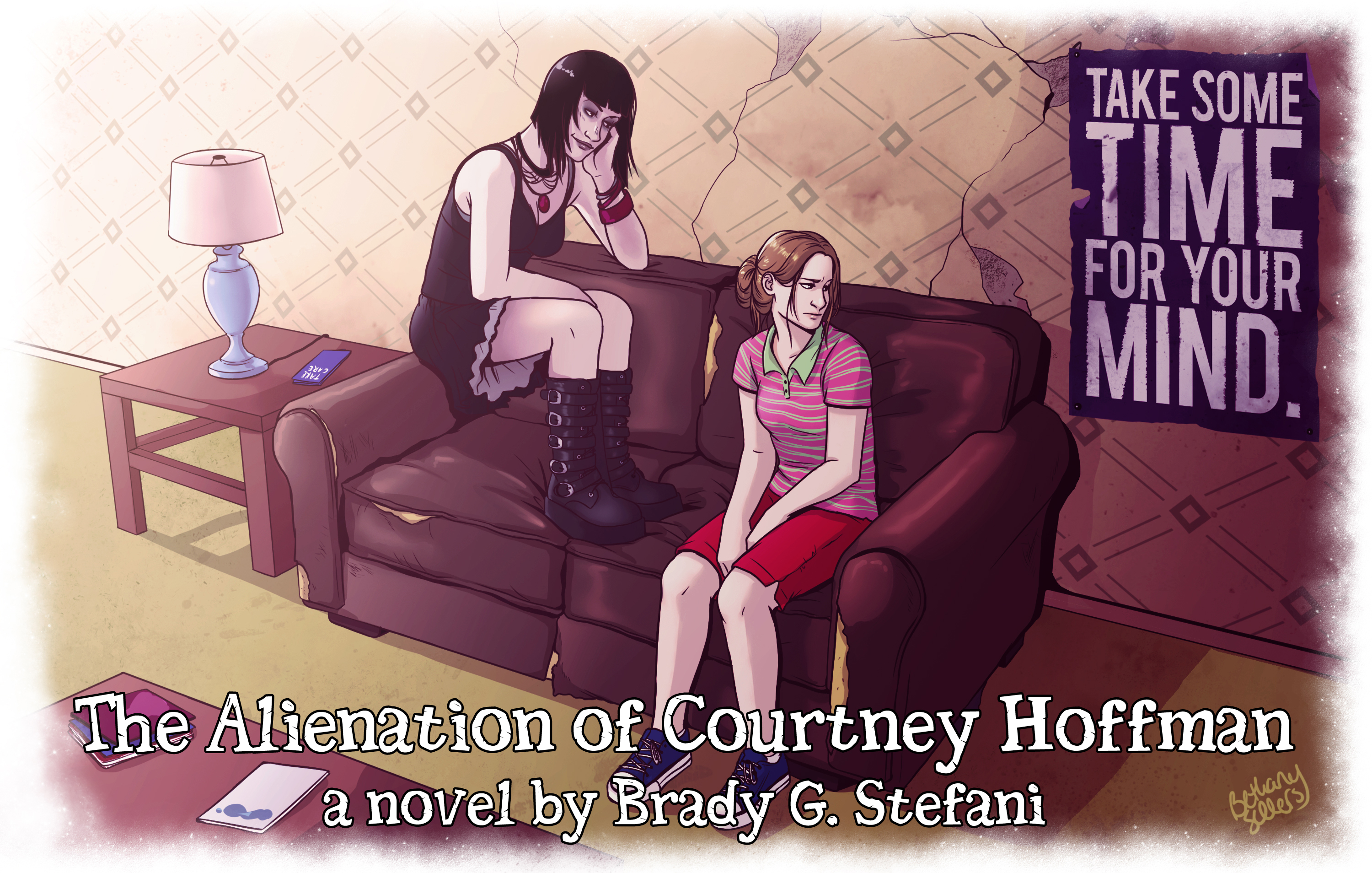 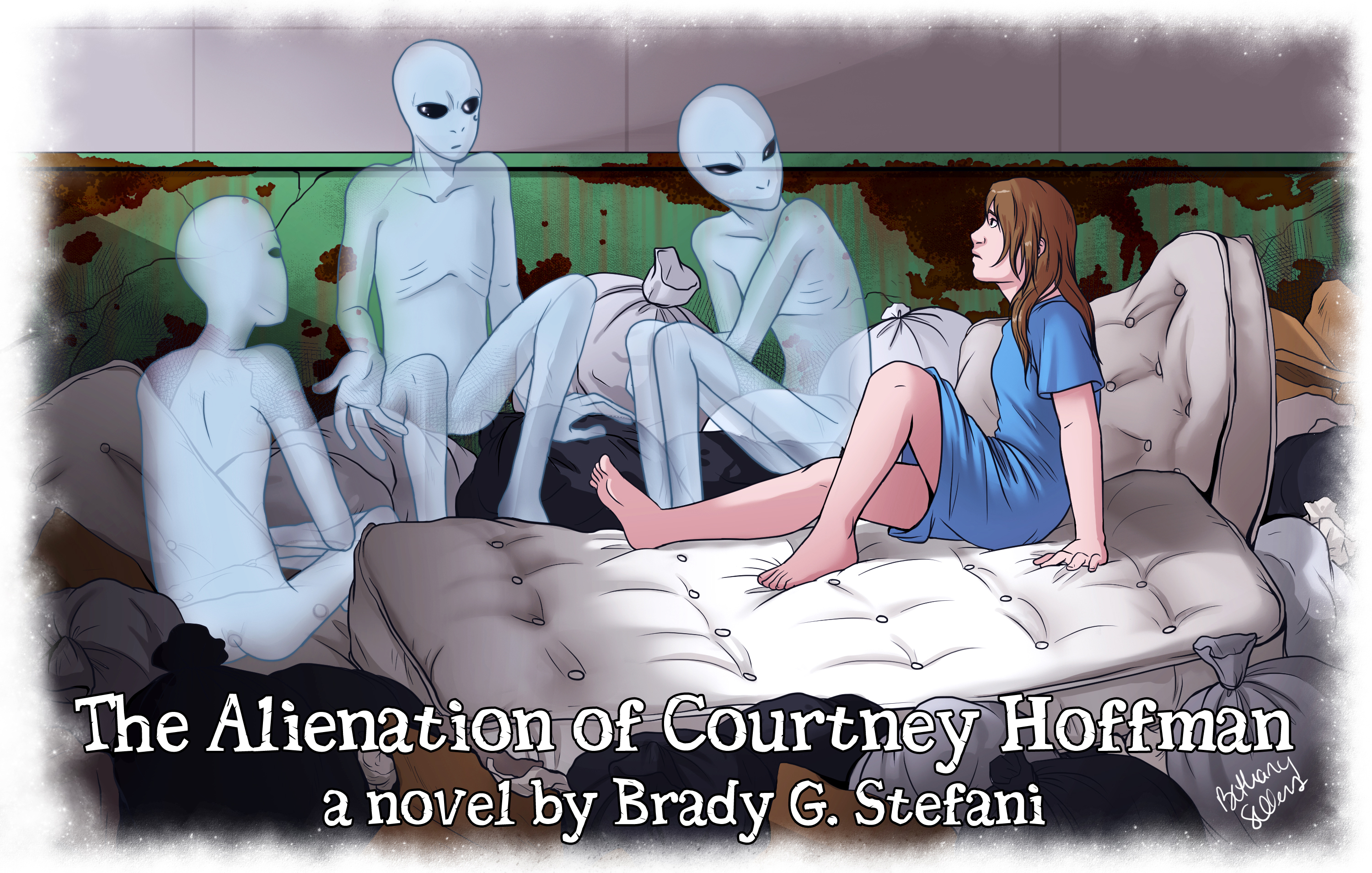 Praise for The Alienation of Courtney Hoffman

“Stefani’s The Alienation of Courtney Hoffman is a thought-provoking and emotional journey through a young girl’s mind as she struggles to understand who she is, where she came from, and who she is supposed to be—all while deciphering between reality and the tricks our minds can sometimes play on us. Stefani beautifully demonstrates how difficult life can be for anyone who thinks or acts a little differently, and reminds us that, more often than not, the things that terrify us the most are the things trying to save us.”

-Jessica Stevens, author of Within Reach

“This novel has a breakneck pace and Stefani’s writing is fluid and perfectly suited to this most extraordinary tale that blends coming of age, adventure, science fiction, and post-apocalyptic genres— and it all works beautifully.”

“Brady G. Stefani’s The Alienation of Courtney Hoffman finds a way to thread together a fast-paced young adult novel feel with a substantive agenda. Stefani’s storytelling skills and elegantly simple language immediately get you involved in an emotional, suspenseful, off-balance reading experience that is equal parts drama and science fiction.”

-Ian Kahl, author of Anxiety is a Rambling Dagger and That Faraway Place

“Beyond our everyday world there lies the alternative reality of childhood, a universe populated by strange beings and powered by our collective imaginations. The Alienation of Courtney Hoffman is a doorway for readers of all ages that returns us to that world from which so many have become disconnected. Brady G. Stefani’s ability to connect us to that larger, weirder reality is a gift from an ever-changing, ultimately unknowable cosmos.”

“A must read sci-fi book”

“A wild ride through portals to other worlds… This debut novel fuses a serious issue—the stigma of mental illness—with sci-fi to chronicle a girl’s unusual coming of age.”

“As the father of two teenage girls, I can tell you that Brady Stefani must have some sort of supernatural helmet that helps him think and write in their language. But The Alienation of Courtney Hoffman is much more than a novel for teens. This fast-paced adventure kept my attention, blazing back-and-forth from reality to an alter-world so close by that it’s creepy. Here’s a page-turner that captures a lot about childhood struggles through an imaginative story filled with surprises.”

“Brady Stefani has written a wonderful coming-of-age tale of an adolescent girl who is struggling to grasp what is real and what is not real. While conveying the actual inner experience of an adolescent is a difficult task, because of the unconscious and incomprehensible facets of the mind, Stefani uses a scientific metaphor to accurately convey the demands, perils, and triumphs of adolescence that must be traversed to become an adult. With The Alienation of Courtney Hoffman, Stefani has achieved an important literary form that will be of interest to adolescent and adult readers alike.”